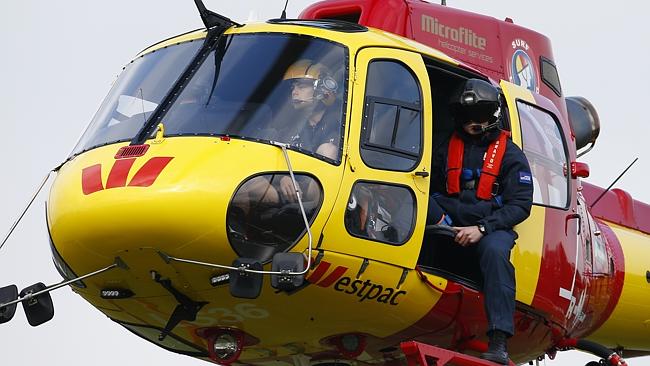 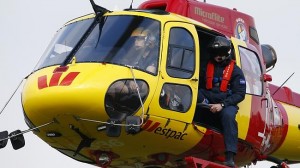 * Save for later
Steve Creedy
Aviation Editor
Sydney
https://plus.google.com/107158623429005505864
CASA says new standards would not vary greatly from current practices. Above, a Westpac rescue chopper. Picture: Michael Klein Source: News Corp Australia
PROPOSED regulations tightening the rules applying to helicopters will cut the ability of some emergency services aircraft to carry out rescues or hospital transfers, an aviation specialist has warned.
Aviation consultant and former Civil Aviation Safety Auth­ority project manager Allister Polkinghorne said provisions in Civil Aviation Safety Regulations parts 133 and 138 could see some helicopters currently used in rescue and ambulance operations permanently parked.
CASR Part 133 covers air- transport operations for helicopters and part 138 covers aerial work. Along with part 91, they ­define how aircraft can be ­operated in situations such as flight over populous areas.
CASA is considering moving ambulance operations into the air-transport regulations, but Mr Polking­horne has warned that this will have significant consequences for some police, ambulance or rescue-equipped chop-pers around the country.
He said it would mean some hospital transfers currently under­taken by helicopters would not be allowed, the rescue fleet would be dramatically reduced and rescues which involved winching victims into single-­engine choppers would not be permitted.
“Virtually every hospital heliport would be unavailable to anything except a helicopter with CAT A performance because the hospitals don’t have suitable forced landing areas on approach and departure paths,’’ Mr Polkinghorne said. “It will require bigger, noisier helicopters in noise and down-wash-sensitive areas.
“Where a rescue is performed for an injured patient, for example, surf rescue in a single-engine helicopter in Perth, the patient will be prevented from being transported to hospital by the new rules.’’
Mr Polkinghorne said current helicopter safety regulations were not unsafe and the risk of an engine failure in flight of turbine-powered helicopter extremely low, at about one every 100,000 hours. “Many industry leaders ­believe the proposed regulations overreach for a problem that doesn’t really exist in Australia and will ultimately cost people their lives,’’ he said.
Aeromedical Society of Australasia president Graeme Field said the society supported the move to the air-transport cate­gory, but had written to CASA ­expressing concerns about issues it believed needed further discussion, including the category of helicopters that could be used as an air ambulance.
He said the regulator had to be cautious that it did not make the rules so hard that the industry could not fly.
“We thought CASA needed to work more closely with state health authorities and governments in relation to these hospital landing sites,’’ he said.
Mr Field said many of the aero­medical helicopters on the east coast were now twin-engine aircraft and industry had been good at setting and raising standards through the provision of contracts.
“So I think it’s important that we’re not restricted in our endeavours to make do with the available resources,’’ he said.
“While it’s fine to compare us with overseas countries, and it is useful, I think any future legislation has to take into account our uniqueness, the uniqueness of the Australian environment in which we have to provide aeromedical operations.’’
A CASA spokesman said helicopter operations would be authorised by an air operator’s certificate issued under the Civil Aviation Safety Regulations, but medical transfer operations would be treated as special cases with more flexibility.
He said the different application of the new performance code to medical transfer operations would mean that, in most cases, the new standards would not vary greatly from current practices.
“In effect, most current medical transfer operators already meet these standards,’’ he said.
“However, CASA acknowledges that, in some cases, applying all of the air-transport operations suite of standards to medical transfer flights would not be practicable. Due to the highly specialised ­nature of some medical transfer flights, some of the rules in the air transport operational rules will not apply.’’
Search and rescue would remain in the aerial work category under CASR part 138 and the helicopter performance code would also be applied differently to search-and-rescue providers.
“This is in recognition of the unique circumstances of a search-and-rescue situation,’’ he said. “CASA is seeking to improve the safety standard of search and rescue operations where possible, but without limiting the potential for these operations.’’ Google+